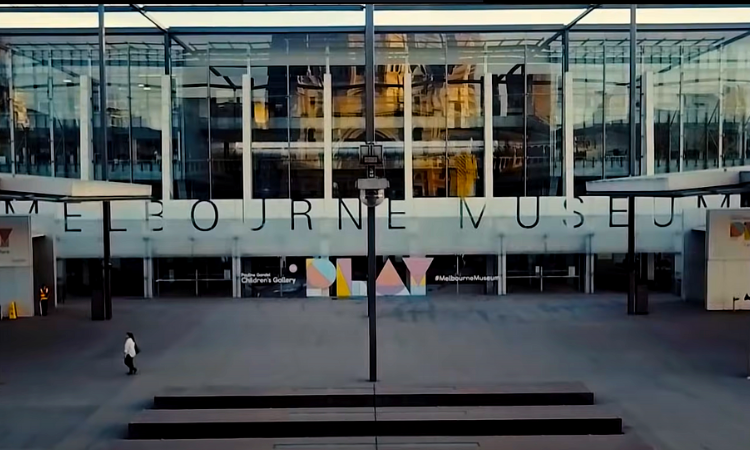 Melbourne is not known as Australia's cultural hub for no reason. The huge cityscape is home to an astonishing number of galleries, museums, and institutions of various sizes. You'll be spoiled for choice in what is perhaps Australia's most culture-rich city, with everything from historic collections to the newest in modern art to all things Australian sport and science. Explore the city like a local by visiting these prominent galleries and museums. If you're visiting Melbourne for the first time, visiting its museums is an excellent opportunity to learn more about the city. Even if you believe you know Melbourne, the museums will always have something fresh to offer — and may even surprise you. Whether you are just a curious lad or a person who is thirsty to drink Melbourne's history and culture, we have collated a list of ten of the most outstanding galleries and museums in Melbourne that you must visit!

Getting to know Melbourne begins with learning its exciting history! What better place to know more about this than in the Melbourne Museum. You can discover Victoria's pre-European history by also visiting the Bunjilaka Aboriginal Cultural Centre. The Melbourne Museum opened its doors to visitors in 2001 and its beautiful facade was created by renowned local Architectural firm Denton Corker Marshall. It is a popular choice for field trips and family trips but adults need not fret because the Melbourne Museum hosts an adults-only event called "Nocturnal", which includes guided tours with cocktails every first Friday of the month. Stroll through Milarra Garden, where a trail leads to a cave with rock paintings via native plants. Take a stroll past the pond to observe the feeding of the short-finned eels. The bone of a Diprotodon, the world's largest-ever marsupial, and the stuffed hide of Phar Lap, the Depression-era equestrian hero with a heart twice the size of his colleagues, are among the other highlights.

The National Gallery of Victoria (NGV) is Australia's oldest and most visited gallery, and it never fails to astound. The NGV showcases a diverse spectrum of foreign and local artists, exhibitions, programs, and events, ranging from contemporary art to important international historic exhibitions, fashion and design, architecture, music and dance. The National Gallery of Victoria houses almost 70,000 works of art spanning thousands of years and representing a wide range of styles and disciplines from all over the world. Cézanne, Monet, Picasso, and Rembrandt are among the most well-known European artists.   However, the NGV's Australian art collection is the most notable, as one might assume. It's so important that it's kept in the Ian Potter Centre, a dedicated facility at Federation Square.

Learn about the history and multi-culture of Australia. Explore the stories of people who have migrated from all over the world as you travel through Melbourn's history. These stories are sometimes tragic, sometimes amusing, but always intriguing, from the motives for undertaking the voyage to the impact on indigenous people. The Old Customs House is located in the centre of the city, just a short walk from Flinders St Station and Southern Cross Station (or catch the free City Circle Tram). There are exhibitions on three levels, as well as space for temporary shows. Festivals and other cultural events are held in the courtyard on a regular basis.

Established in 1992 with a vision to have young children engage more with science, Scienceworks brings together the city's scientific industry, community, applied technology, and heritage in one incredibly enjoyable environment. Scienceworks is brimming with activities to pique the interest of inquiring minds of all ages. In just one visit, you can walk among the massive machines that keep the city running, watch electrifying theatre in the Lightning Room, let your children play safely in enclosed spaces, explore the many immersive exhibitions, and travel to the farthest reaches of the universe at the Melbourne Planetarium. Not only does it house wonderful exhibits but there are picnic grounds, BBQ areas, a Cafe, large carparks, and a shop where you can buy souvenirs and memorabilia.

The National Sports Museum, which is housed within the iconic Melbourne Cricket Ground, provides an informative look at several of Australia's favourite hobbies. While many of the interactive exhibits are geared toward children—you can kick goals in the AFL zone, shoot netball goals, or test your reaction times against world-class athletes—they're also a lot of fun for adults. This museum is ideal for people who are interested in Olympic, boxing, rugby union, and other Australian sports memorabilia.

Since 1845, Old Melbourne Gaol has been Melbourne's most feared destination. Explore the same cells and halls as some of history's most notable criminals, from Ned Kelly to Squizzy Taylor, and learn about the untold stories. On Russell Street in Melbourne, Victoria, Australia, the Old Melbourne Gaol is a former jail that is now a museum. It consists of a bluestone structure with a courtyard adjacent to the historic City Police Watch House and City Courts structures. You can experience a true to life Cluedo game in The Old Melbourne Gaol through the "The Old Melbourne Gaol Cluedo Experience". It is a puzzle adventure game for people of all ages. Lionel Grey, a shady lawyer, was found dead at the Gaol in 1924, but the murder was never solved. Gather your team of friends and family to solve the case!

The Heide Museum of Modern Art, which is nestled amid fifteen acres of parkland and planted gardens stretching from the original farmhouse down to the Yarra River's banks, has a long and illustrious artistic and social history. Patrons John and Sunday Reed purchased a picturesque country estate 30 minutes outside of Melbourne in 1934. They began inviting painters, writers, and intellectuals to stay and work at Heide, as the artistic centre was known, including Sidney Nolan, Albert Tucker, Mirka Mora, and Joy Hester. The Reeds made a substantial and lasting contribution to Australian culture by supporting and encouraging the visual arts, literature, architecture, and gardening.

The Old Treasury Building, which once housed the offices of the state's Treasury Department, was converted into a museum in 1994 and now houses a variety of displays about Melbourne's formation and other major eras in its history. JJ Clark, a nineteen-year-old architect, planned and built the Old Treasury building between 1858 and 1862. The original gold vaults where gold bullion was deposited during the gold rush era, as well as unique and historic records from Public Record Office Victoria illustrating crucial moments in Victoria's history, are housed in the Old Treasury Building. While it's a more traditional museum than other of the city's more modern interactive ones, it's a great place to learn about Melbourne and will come in handy if you're visiting for the first time.

Indulge and immerse in Melbourne, Australia's most culture-rich city, with everything from historic collections to the newest in modern art to all things Australian sport and science. Explore the city like a local by visiting these prominent galleries and museums! A lot of these museums are entrance fee-free or have low admission rates so you don't have to worry about shelling out a lot to take tours. If you want to know more about the ins and outs of Melbourne in terms of food, culture, and sights, visit https://www.melbourneaus.com.au/ for all things Melbourne!