10 Fun Activities To Do in Melbourne 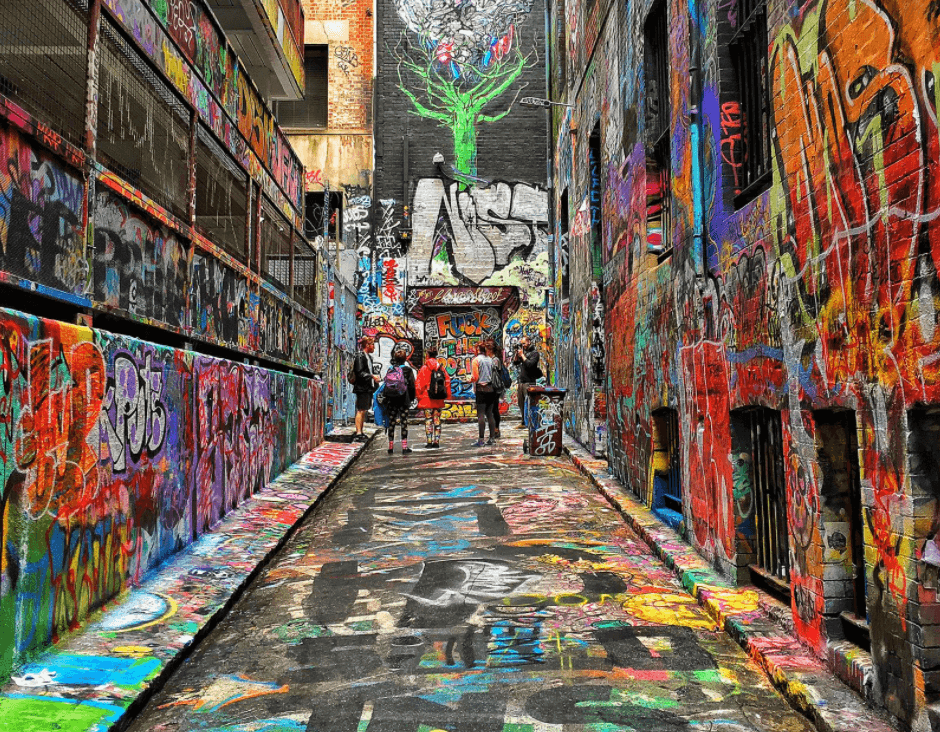 There are some absolute must-do Melbourne bucket list things, whether you're a first-time tourist or have lived here your entire life. Melbourne's food, drink, coffee, art, theatre, and sport cultures are among the best in the world, and we recommend that you try to sample each one at least once before you die. The city is well-known for its numerous laneways, ethnic diversity, fantastic food options for all budgets, and incredible street art. It's also known for being the world's coffee capital and for being selected as the world's most livable city on a regular basis!

Watch the Melbourne Sunrise on a Hot Air Balloon

Surprisingly few people are there at sunrise, and drifting over the city in the early morning light is not everyone's cup of tea. Because the air balloon's flights are decided by each day's weather, where you start, travel, and land in your balloon is always a mystery - meaning you can view some of your favourite Melbourne spots from above or find some new places to discover.

Take a High Tea Cruise over the Yarra River

As you board this high tea cruise along the Yarra River, you'll feel extra posh! On arrival, you'll be greeted with a glass of sparkling wine, followed by a selection of delicate sandwiches, canapes, desserts, and fluffy scones with jam and cream. As you drive down to Williamstown and Hobson Bay, take in the stunning views of Victoria Harbour while enjoying unlimited tea and coffee.  Each trip can only accommodate a maximum of 120 people on the cruise. If you are bringing minors, make sure to inform the crew prior to the trip and ensure that each minor must be accompanied by a legal guardian.

Have a Cup of the World's Best Coffee

In Melbourne, it's difficult to get a terrible cup of coffee: the city prides itself on being a world leader in coffee and café culture, and its residents are proud to be coffee connoisseurs! Cafes in London even advertise that they have Melbourne baristas, as Australian and New Zealander baristas were largely responsible for the city's high-quality coffee. According to Yelp, Patricia on Little Bourke Street serves the best cup of coffee in Melbourne: it's a tiny hole-in-the-wall with no seating and a line to get in, but it's certainly the best coffee you'll ever taste!

Take a Leap with the Tandem Skydive Trip

Melbourne is one of the best sites to try a tandem jump at up to 15,000 feet, whether it's your first or tenth time. On this dive, skydivers will be rewarded with both city and coastal views of the larger St. Kilda area. Enjoy a 60-second free fall followed by a 5- to 7-minute trip return to base, taking in the breathtaking aerial views along the way. There is one thing, though, that you must keep in mind. To skydive, you must be at least 12 years old. Although there is no upper age limit, you must be physically fit to qualify for a skydiving trip.

This exhilarating two-part play, the eighth chapter of JK Rowling's Harry Potter book, has sparked some serious Potter sentiments for anyone who has managed to acquire tickets. Melbourne is just the third city in the globe to host the performance (after London and New York), and the producers are emphatic that it will not be touring elsewhere in Asia-Pacific. The production has a computerized ticket lottery where fans may get seats for as little as $40 per part. The initiative, dubbed "Friday Forty," is based on the lottery process for the show's West End and Broadway productions.

Go on a Gin Distillery Tour

Tiny Bear Distillery, a micro-distillery devoted to crafting mouth-watering gin from local and exotic botanicals, is located just 40 minutes from Melbourne's CBD. Relax with a delectable cheese platter and a tasting paddle. Your gin flight also includes tonic and botanicals, so you can customize the flavours to your satisfaction. Then take a short tour with one of the gin distillers to learn more about their distinct offerings. No participant under 18 years old is allowed to partake in this tour. IDs are going to be checked prior to the tour.

Get Spooked with the Pentridge Prison Ghost Tour

For a spine-tingling two-hour ghost tour, step inside Pentridge Prison, which previously housed some of the state's worst criminals. Follow along the footsteps of Chopper Reed, uncover the remains of legendary outlaw Ned Kelly, and see the dying moments of Ronald Ryan, Australia's last executioner. With 44 victims buried on the premises, it's no wonder that the 167-year-old structure is haunted by ghosts! The tour lasts for 1.5 hours and is available during the weekend nights from 730pm to 930pm.

Watch an Old Movie at the Astor Theatre

The Astor is an Art Deco movie theatre that has been in existence since 1936. It is, in fact, Melbourne's last single-screen cinema in continuous operation. The screen is framed by beautiful gold drapes, and the overall experience transports you to the golden age of Hollywood. It's a cultural hub for cinema aficionados, featuring double features, remastered classics, new and independent films, film festivals, and special events, as well as a program of new and vintage films in 35mm, 70mm, and digital formats.

Take a Leisure Stroll at the Fitzroy Gardens

The Fitzroy Gardens is one of Melbourne's most popular gems. It is a large botanical garden that is located in the heart of Melbourne's busy city. You may walk about the park and take in natural beauty as well as the historic sites that are scattered throughout the grounds. There's a model Tudor Village, a collection of similarly bizarre fountains, memorials, and follies accumulated throughout the park's 150 years, and Captain Cook's 1755 family home removed from Yorkshire and reassembled here in the 1930s.

Since their founding in 1878, the Queen Victoria Markets have served as an essential food hub in Melbourne. You'll find fantastic cheeses, olives, and smoked meats here, as well as some of Melbourne's best food stalls and delicatessens. The building is a beautiful example of Victorian architecture, and there are many artisanal crafts made by local creatives and little trinkets that you can bring home to your loved ones as souvenirs.

To be honest, ten things are not enough to define the fun and interesting things you can do and experience in Melbourne! Melbourne is a city that lives up to its reputation: a melting pot of cultures that makes it a city that is worth a visit! Let https://www.todoinmelbourne.com.au/ be your guide in discovering what Melbourne is really all about!