T.The year may start off bleakly, but January’s best children’s books are full of adventurous magic. For readers over nine, BB Alston’s Amari and the night brothers (Egmont) is a chosen fantasy with a fabulous protagonist: a whip-smart black girl from the projects. Amari is convinced that her brilliant brother Quinton is not dead, but the police have given up investigating his disappearance. Amari stumbles over a mysterious briefcase and invites you to try it out for the Bureau of Supernatural Affairs. She discovers the occult underbelly of the everyday world – and her own powerful magical gift. A wonderfully inventive debut, ideal for fans of the Percy Jackson or Nevermoor series.

Another debut, Lesley Parrs The valley of lost secrets (Bloomsbury) follows Jimmy in the war and is evacuated with his brother to a Welsh mining village as he slowly adjusts to his new surroundings. But when Jimmy finds a hidden skull, he discovers a secret that has haunted the community for years. Atmospheric, direct and gripping, with an excellently secured narrative voice, this book is interwoven with powerful topics: grief, belonging and peace with the past.

Liz Kesslers When the world was ours (Simon & Schuster) is a challenging WWII story for readers who can handle the most painful truths in history. Told from the perspective of three children – Leo and Elsa, both Jewish, and Max, their boyfriend – it begins on a perfect holiday in Vienna. When Hitler comes to power, the children are torn apart; and when they travel to England, Czechoslovakia, and Germany, they are changed by what they endure. Vital glimmers of hope illuminate this deeply moving book and document how easily the unthinkable can become everyday life. 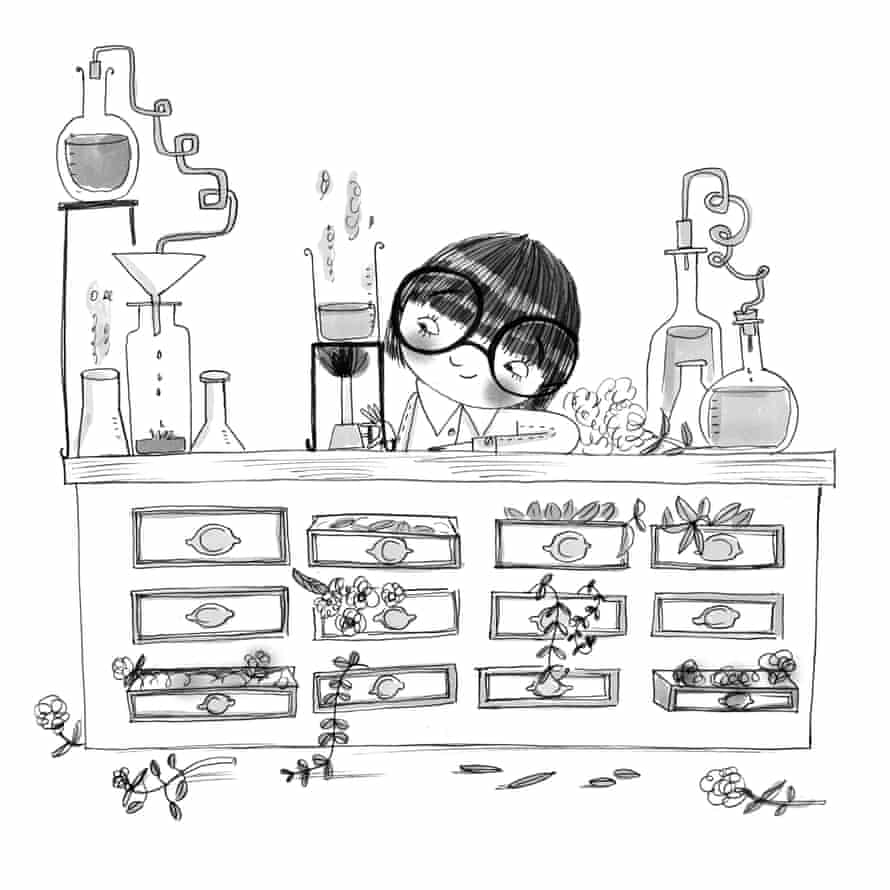 An illustration of fantastically great women scientists and their stories. Photo: Bloomsbury

For self-confident readers ages seven and up, Amy Sparkes has a tantalizing comic book fantasy The house on the edge of magic (Walker) with Orphan Pickpocket Nine. Nine steals a tiny house only to find out she has to break the curse by carrying an extravagant wizard, a sinister troll, and a combative, sentient spoon. This energetic, inventive romp has a touch of the late, great Diana Wynne Jones.

Nonfiction lovers will immerse themselves Fantastic women scientists and their stories (Bloomsbury), the first in Kate Pankhurst’s new series of illustrated feminist biographies, has now been expanded to include independent readers from her hugely successful picture books. With Marie Curie, Mae Jemison, Tu Youyou and several others, it offers just the right amount of lively, fascinating details to inform and inspire.

For five plus, Jion Sheibani The worries: Sohal finds a friend (Puffin) depicts Sohal, a troubled little boy. But what happens when Hurt, Alone, Fail, and the rest of the worry gang manifest as fluffy creatures and follow him to school? Funny, cute, and very useful for starting conversations with anxious children. It is great for reading aloud. 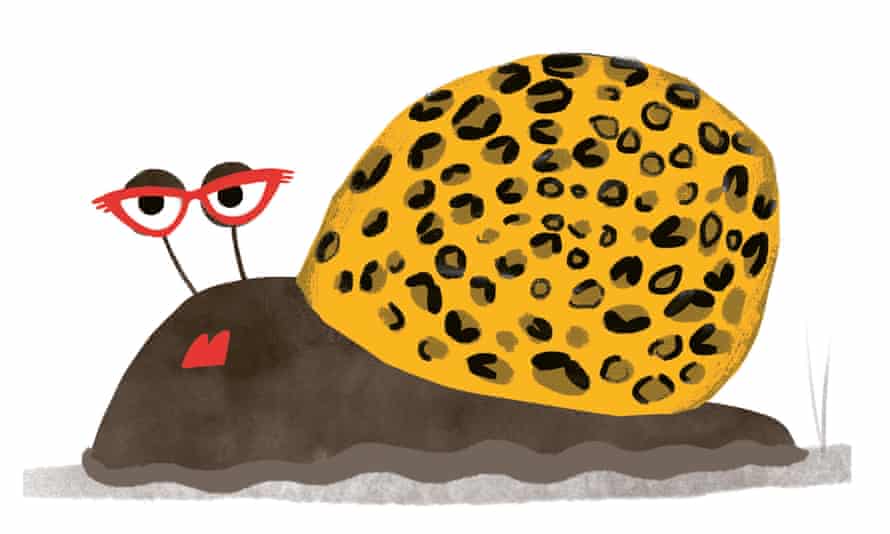 That moves in picture books I talk like a river (Walker) by Jordan Scott draws on the author’s own experience with stuttering; If a boy has trouble speaking at school, walking by the river with his father will help him find peace. Sydney Smith’s lovely illustrations fill the pages with shimmering, refracted light.

After all, Fidget the wonder dog (Puffin) by Patricia Forde and Rachael Saunders features an unkempt, beloved canine adventurer who runs away and gets lost at sea before his final return. This hopping odyssey, rich in the irrepressible feeling of a child’s wild imaginations, is vividly illustrated and full of warmth. 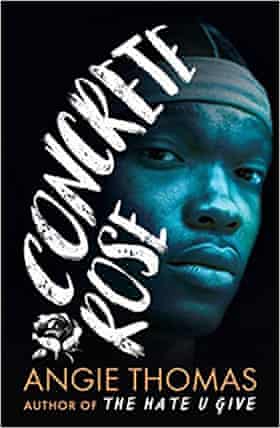 Concrete rose
by Angie Thomas, Walker, £ 7.99
Seventeen-year-old Maverick Carter is a “little homie” in the King Lords and sells drugs on the side to improve the situation at home. But his heart is not in it – and when he hears that he is about to become a father, he is determined to break free from the dangerous gang life that has claimed so many of his family and friends. Leaving is not that easy, however. Thomas’ predecessor to the award-winning The Hate U Give explores the pride and pain of being a black boy on the edge of manhood with inimitable humor, clarity and pathos. 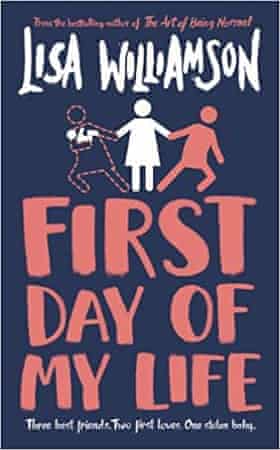 The first day of my life
by Lisa Williamson, David Fickling, £ 12.99
It’s GCSE Results Day and Frankie expects her best friend Jojo to go to school with her. If she doesn’t show up and a local baby goes missing, Frankie doesn’t think about it – until Jojo calls and hears her crying in the background. With the help of her ex-boyfriend Ram, Frankie goes on an epic journey to track down Jojo, but what they find in the end will change everything. Funny, poignant, and empathetic, Williamson’s great third novel delicately deals with friendship, first love, teenage pregnancy, and family dynamics. 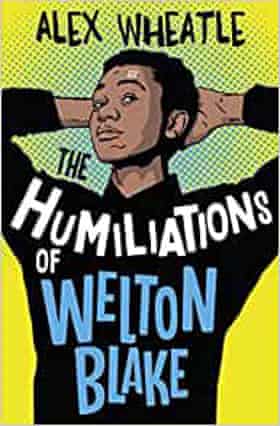 Welton Blake’s humiliations
by Alex Wheatle, Barrington Stoke, £ 7.99
For younger teenagers or pre-teens, Wheatle’s third book for easy-to-read publisher Barrington Stoke Welton features the 12-year-old hero who somehow manages to get a date with the gorgeous Carmella McKenzie. Things go downhill from there when Welton pukes over a classmate, discovers his mother’s cocky boyfriend is moving in, and manages to grab the attention of the scariest girl in school … Wheatle’s signature lively language, passionate Star Wars references and colorful fictional insults ensure a brief but inflammatory slapstick romp, ideal for reluctant readers.

Blackpool hotelier opens up his doorways to the world with…