R.Jane Harper’s debut novel The Dry, published in 2016, evoked a sense of desperation and El Niño-inspired discomfort that was as familiar to many Australian readers as the genre of the book (the slogan, “a desperate act in a small town of mystery “Could apply to anything from Twin Peaks to Top of the Lake).

The book hadn’t even hit shelves when producer Bruna Papandrea and screenwriter and director Robert Connolly began planning the film. Papandrea is perhaps best known today for adapting Liane Moriarty’s Big Little Lies for HBO, which swapped Sydney’s northern beaches for affluent coastal California – but there was no division between The Dry and its western Victorian backdrop.

“It’s just so good for puzzles and suspense because you have an undercurrent of danger in a lot of places,” says Harper.

Whether in state forests, coastal communities or large, thirsty agricultural areas – her four novels to date take up the dueling sensations of romance and fear that have resurfaced in Australian storytelling since colonization. “It’s pretty easy for things to go wrong pretty quickly, which is a real gift for a writer.”

The Dry, which opens in theaters on Friday, follows off duty Australian federal police officer Aaron Falk (Bana), who is reluctantly dragged back to his fictional hometown of Kiewarra after his childhood friend was found shot dead with his wife and son.

The current case and Falk’s presence in town are complicated by its own impact on the death of another friend, Ellie (BeBe Bettencourt) decades earlier.

Before Connolly made the film, he set out with Bana so the couple could immerse themselves in the world of books. “You drive an hour, two, three hours from Melbourne and if you cross four you get into the Mallee region and the landscape changes a lot,” says Connolly. “I fell in love with her; It is the most beautiful, most extraordinary place. But it’s tough … you feel this muscular, tough lifestyle of the landscape contrasting with its beauty. “

In this tension, Harper’s characters inherit a settler tale from pioneers who carve hard-won houses and livelihoods from an often inhospitable, alien outback. It’s also part of a nation-building mythology that helped wash the realities of dispossession and environmental degradation in an unclaimed land. (The Dry’s story of a complicated homecoming in a small town sounds very different from that of The Yield by Tara June Winch from Wiradjuri. In the film, a retired farmer, played by Bruce Spence, laments without irony how the automation of agriculture is so The region of its people and communities could well become clear – imagine that.)

“Eric and I talked a lot early on about not judging the characters who live in this world,” says Connolly, who was also inspired by Roman Polanski’s similarly water-powered Whodunnit Chinatown. “There is a version of these stories that is similar to liberation – ‘urban character stuck in a dark, terrible regional place’ – and that was not our intention. We had to look deep into the hearts of these damaged characters and the bad luck they had and find humanity. “ 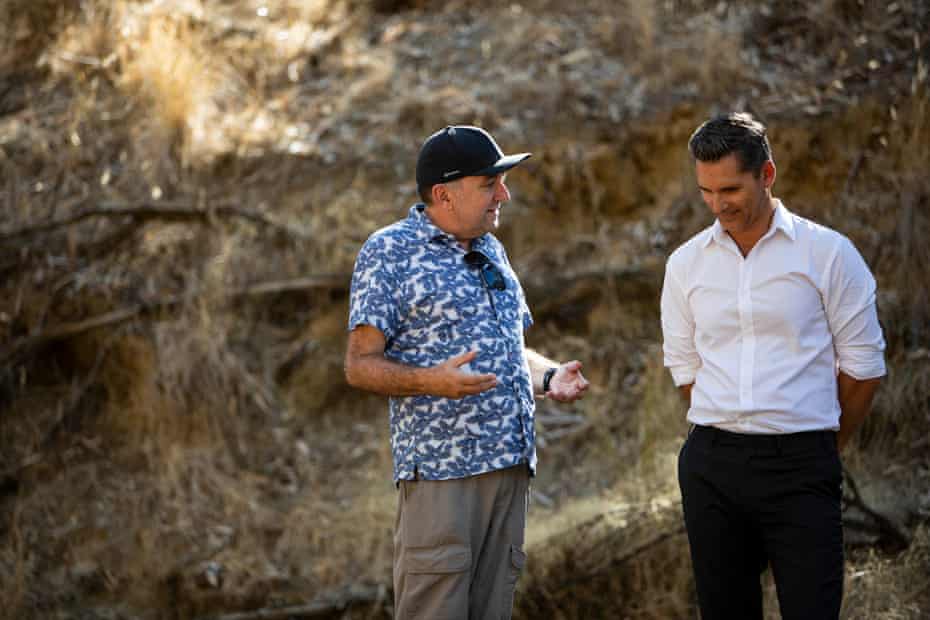 “It’s the most beautiful, most extraordinary place”: Rob Connolly and Eric Bana in the making of The Dry. Photo: Roadshow

For Harper, this humanity was established in her 13 years as a print journalist. “It gave me a really good ability to hear people’s stories and try to find a human element behind the headlines.”

Inevitably, the greatest pressures these characters face is drought and fire, both of which are worsened by a changing climate that is evident in the countryside contrary to the refusal of federal ministers in Akubra and Moleskin cosplay. Like his source novel, The Dry picks up on a wave of recent local literature, from Alice Bishop’s A Constant Hum to Jennifer Mills’ Dyschronia, which ponders the impact of ecological disasters on small communities.

“When I returned to Australia in 2008, I was sent on a fire safety course as a reporter so that I would be safe in case I had to go out and cover a bushfire,” says Harper. “I was amazed by what I saw and learned – I had never seen this representation of fire. How quickly it goes from OK to deadly within minutes has always stuck with me. “

Says Connolly, “The big picture in the film is Aaron standing in a river that is now completely dry and remembers himself 25 years ago and swims with his friends. It’s kind of a devastating picture.

“Climate change and its effects on the country have been with us all along,” he adds. “We shot in a part of Australia that makes it really difficult. Beulah, the city [on the poster]has drinking water problems. It’s always present. Farmers are growing different types of grain than before because they don’t have enough water and they adapt. “ 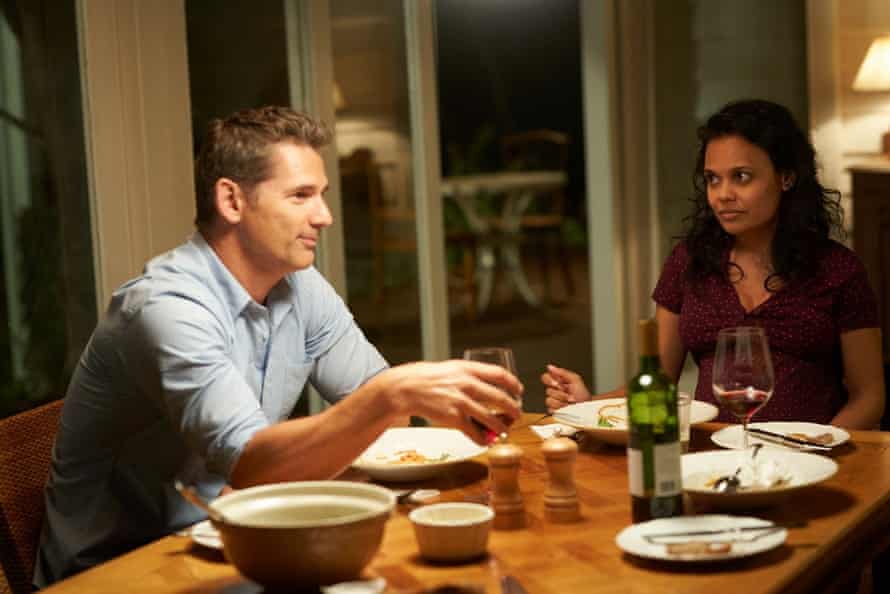 Eric Bana and Miranda Tapsell in The Dry. Photo: Roadshow

A lot has changed since filming in 2019. After the bushfire slaughter last summer, Australia is now entering a typically wetter (if still record-breaking) La Niña season. Protests around the world have re-evaluated the nature of the cop-centered crime drama. And now The Dry hits theaters in a different kind of drought than one of the few new releases on one of the biggest days of the year in Hollywood.

“We really tried to do this kind of ‘hyper-Australian’ cinema,” says Connolly. “A great Australian film: great landscapes, great stories, music, stars – one that brings Australian audiences to the cinema to see it.”

A year of lockdown could also give the film an edge that neither Harper nor Connolly could have written: only in 2020, 117 minutes of a maskless Eric Bana roaming freely in the Victorian countryside could also count as an escape fantasy.

• The Dry will be in theaters January 1st

How Africa Can Turn out to be Extra Travelable for Africans

The journey blogger profiting from Europe in a transformed…