IIn 1826, crowds flocked to the Egyptian Hall in Piccadilly to marvel at the spoils of war: a nearly 14-foot long Burmese imperial carriage, its spokes silver-plated, its body clad in gold, and its seven levels studded with 20,000 precious stones. An accompanying manual showed in a sketch how the wagon would have been pulled by a pair of white elephants. What is it, the authors of the handbook asked themselves, that the Burmese, “barely removed from barbarism”, produced such a magnificent object? It had been captured from a town on the Dawei River two years earlier during the First Anglo-Burmese War when British troops went up their waters to subdue the forces of the Kingdom of Ava. For the British, the Times predicted, the Burmese carriage would be “as attractive as the Buonaparte carriage” that had been on display a decade earlier.

The imperial carriage is a practical symbol for the case study of Ava, one of several that Sujit Sivasundaram cleverly uses to advance the reasoning in his book. When Eric Hobsbawm popularized the phrase “the Age of Revolution” to refer to the period between 1789 and 1848, he meant the spread of certain kinds of values ​​- republicanism, contests for political freedom, the production of knowledge – in a particular one Quarter of the world: America and Europe. But Sivasundaram is simultaneously finding revolutions along the coasts and islands of the Indian and Pacific Oceans. Sometimes they were fueled by men, women and ideas embarked from Europe. sometimes it was native developments; occasionally they reacted to the growing numbers of British, French or Dutch colonists. These revolutions could have modernized their territories and reformed their policies – except for the fact that great powers like Great Britain deleted them; A kind of counter-revolution smoothly gave way to imperialism. “This was at the end,” writes Sivasundaram, “the tragedy of the mid-19th century.”

As the Age of Revolution began, the Court of Ava became increasingly suspicious of British advances along the Burmese border with the East Indies. French and Spanish advisors who fled home after the French Revolution or the Napoleonic Wars had the ear of the Burmese King Ba-gyi-daw, who advocated the strengthening of his state and the creation of a “pan-Burmese ethnic sensitivity” . . The name “Myan-ma” to mark this Burmese identity had started to be used. The cities of Burma were newly cosmopolitan, with “all kinds of sailors, strangers and aliens in custom and manners”, wrote an unnamed young man from Rangoon home, “and belonged to many races, which I cannot name all”. But in the first Anglo-Burmese War, 1824-26, the British hobbled this burgeoning nation-state, ransacking its treasures and temples, and paving the way for its eventual annexation half a century later. This is how the Burmese royal carriage ended up in Piccadilly at the end of the war.

Sivasundaram is not the first historian to expand the geographic reach of the Age of Revolution. One of the most famous scholars for this was his late colleague Chris Bayly, who found out revolutions in India, China and the Ottoman Empire in his textbook The Birth of the Modern World. In a sense, Sivasundaram extends Bayly’s premise and escorts her through the Persian Gulf, Bay of Bengal and southern India, through Singapore and Indonesia, through Tonga and New Zealand, and finally to Tasmania – an apollyonic spread of an entire hemisphere. He also finds these revolutions in a watery context: river battles such as those fought between the British and Burmese, maritime explorations, encounters on the coast. “The physical environment of this story is important,” he writes. At a time when the world was expanding, the sea was both a barrier and a carrier, and the coast was the place of first contact between locals and foreigners, between traders and traders, between new and old ideas. “To think with waves means to think with the push-and-pull dynamic of globalization.” 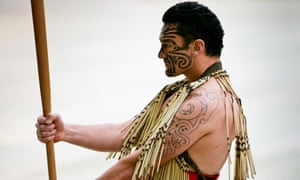 Reading in a time of constraints created a little secret thrill in vicarious travel. In Tonga a new monarchical system replaced old systems of the chief, aided and aided by European arms and the advice of the English. In New Zealand, where the painter Augustus Earle saw Maori convening in meetings that resembled a “rude parliament”, Europeans claimed that the violence of power struggles between Maori groups was a sign of “ferocity”. The eventual colonization of New Zealand could then be justified as a means of creating peace, although it brought with it new and brutal forms of violence. In the Cape Colony in South Africa, the indigenous Khoikhoi and Trekboer farmers – both groups of subsistence pastoralists – rebelled against the Dutch authorities, angry at their weak economic conditions. The British took advantage of this confusion and stepped in to occupy the Cape Colony for the first time.

Sivasundaram conscientiously tells much of this story from the ground up, from the colonized perspective, using the archives of a cast of amazing, enjoyable characters – not rulers or officials, but ordinary people. Maung Nu, a novice monk in Burma, wrote letters to her relatives on behalf of others. Hikayat Abdullah, one of the Malay scribes at Stamford Raffles, wrote about steamships and sea voyages from Singapore. Cora Gooseberry, an Eora native of the coast near Sydney, left no writing, but Sivasundaram uses her metal breastplate and “rum mug” to begin an investigation into her life. Some of his nuggets are so delicious – a group of men wandering through Persia singing “Rule Britannia” to fend off jackals; the brief story of Trim, the intrepid cat of Australian explorer Matthew Flinders – that sometimes I wish he had a better grasp of how to speed up an anecdote or how to bring fuller life to one’s human subjects.

Like Bayly, Sivasundaram reads the word “revolution” flexibly. As can be seen from the history of Tonga or the birth of Wahhabism, the term does not denote a crusade for republicanism; rather, it means a sharp break – a new way of organizing society. If we ignore the Buddhist koan-like question of whether a revolution that never takes place is a revolution at all, Sivasundaram is largely convincing in its delimitations of revolutionary sentiment. Not always. The Trekking Unrest feels like a rebellion that could have occurred at any time of economic inequality before or after the Age of Revolution. With the Maori the break is often not clear; The habit of waging war within the population existed before the British landed and was then only reinforced by the use of Western muskets. And despite Sivasundaram’s provision of generous evidence of indigenous freedom of choice, it is at times difficult to dispel suspicions that in one area or another, emigration in local politics can best be explained as a proxy conflict between France and Britain – as with so much else Even these tiny nascent revolutions were planted and watered for the opportunistic purposes of European imperialism. So it’s no wonder that they could also be uprooted quickly and brutally.

• Waves in the South: A New Tale of Revolution and Empire published by William Collins (RRP £ 25). To order a copy, go to guardianbookshop.com. Shipping costs may apply.

The T Record: 5 Issues We Suggest This Week

The beginner’s foolproof guide to being a plant parent