You may go wine tasting within the Bay Space once more this week, however some wineries will stay closed resulting from rain

Bay Area wineries, including Napa and Sonoma, are now ready to reopen for outdoor wine tastings after Governor Gavin Newsom lifted mandatory home-stay orders across the state on Monday. However, many winemakers said they wanted to wait at least a week before accepting visitors again, also due to heavy rain forecasts.

Some wineries planned a quick liquidation. On Monday afternoon, wine tasters were able to book reservations on Tuesday in tasting rooms such as the Papapietro Perry boutique in Healdsburg and the nervous Prisoner Wine Co. in St. Helena. Jackson Family Wines, one of California’s largest wine companies, announced that eleven of its tasting rooms in Napa and Sonoma counties will open Tuesday, including Freemark Abbey, Cardinale, La Crema and Copain. Others announced plans to reopen later in the week, such as Napa’s millennial Ashes & Diamonds on Wednesday and Sonoma’s upscale Three Sticks on Thursday.

“We’re hardly going to leave,” said Mike Dashe, owner of Dashe Cellars in Alameda, a Zinfandel specialist. “We had been waiting for this announcement.” However, without a rain cover for his vineyard at Naval Air Station, he said he would postpone the reopening until February 5 in hopes of clearer skies.

The news was certainly welcomed by the 50+ Wine Country businesses, mostly restaurants and wineries, that recently sued Newsom for banning outdoor dining. Under the new guidelines announced on Monday, restaurants in all Bay Area boroughs except San Francisco, where restaurants have to wait until Thursday, can resume dining immediately. California residents are still advised not to travel more than 120 miles from their homes.

“This is a big step in a positive direction,” said Linsey Gallagher, CEO of Visit Napa Valley, which promotes tourism in the county. She cited Napa County’s success so far in adopting vaccines – more than 14,000 residents, or 10% of the county’s population, have received vaccinations – as evidence that safety is being taken seriously.

However, the rain already dampened the excitement of the winemakers. A rain-protected outdoor terrace is currently being built at Three Sticks, said General Manager Prema Behan. Until it’s done – probably in February – they can only host three tables at a time.

Jeremy Kreck, winemaker at Mill Creek Vineyards in Healdsburg, expected a mess of branches and debris to clean up after this week’s storms, and planned to start pouring wine again for visitors on February 5th.

Tasting rooms are a major source of income for California wineries, especially smaller ones, and this year they became even more important for those who relied on wine sales at restaurants and bars. “Our wholesale distribution across the country is likely down 50% on average,” said Dashe. This is why the reopening of the tasting room “is of vital importance to our operation,” he continued, “especially since it was a trauma to have it closed for the entire holiday season.”

Tim Colla, a winemaker in Saintsbury in Napa, a winery known for its Pinot Noirs and Chardonnays, emphasized that reopening a tasting room after more than a month of windows cannot always be done overnight. “Our ability to open is not necessarily determined by just county approval,” he said. “We have to reschedule our staff in the tasting room and take some time to prepare. There is a lot of footwork. “Coupled with the atmospheric flow on the horizon, he expected Saintsbury to open its doors sometime after the Super Bowl on February 7th. 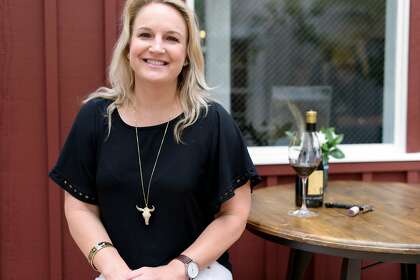 Several other wineries in the Bay Area announced a similar schedule for their planned reopenings in early February, including Ridge Vineyards’ two locations in Cupertino and Healdsburg, and Wente Vineyards in Livermore.

But after a year of several back-and-forth guidelines on whether and how wineries could be open for tastings, many winemakers tried not to hope that this new reopening would be permanent – or that it could save their businesses.

“There are still many concerns about how excited we can be about this,” said Katie Bundschu, vice president of sales at the hugely popular Gundlach Bundschu Winery and owner of Abbot’s Passage Winery, both based in Sonoma. “We’ve been on this path before.”

Bunschu expects both properties to reopen in limited capacity later this week. But she had no illusions that it would feel almost normal. “We’re still a year or two away from seeing anything like the pedestrian traffic we saw before COVID,” she said. “That won’t happen until people are comfortable getting back on a plane.”

Essentially the most decadent new villas anyplace on the…

Max by Alex Miller assessment – a compelling and tender…